How to Call Out Racial Injustice at Work 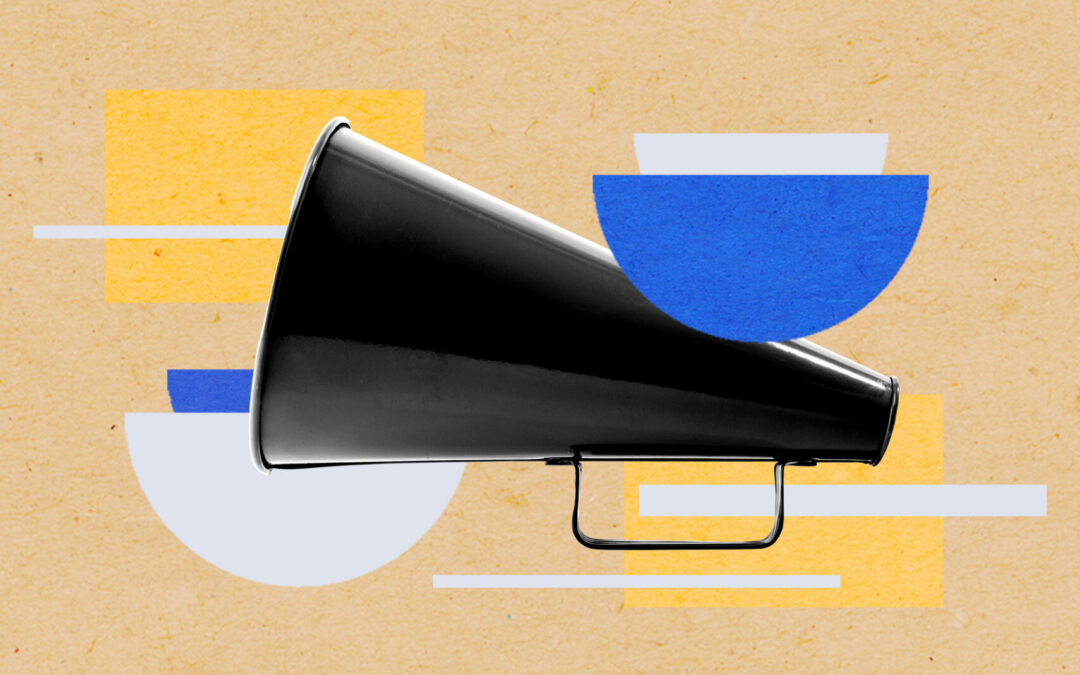 It takes courage to speak up about racial injustice at work. Raising these issues brings risk for anyone — but especially for Black employees. But the authors’ research shows that you can speak up more effectively, and gives five strategies to mitigate those risks: 1) Use allies to speak as a collective; 2) Channel your emotions so they give you strength but don’t detract from your argument; 3) Anticipate your counterpart’s own emotions; 4) Frame your argument in terms that align with your audience’s perspective; and 5) Follow up afterward. The goal is not to put an even greater burden on the shoulders of employees of color, but to recognize the burdens they already bear and give them and their allies greater agency and impact as they advocate for change.

In this time of intense pain, anger, and collective attention, many people — African Americans especially — are seizing the moment to speak truth to power at work. They are holding senior leaders accountable for their commitments to increased diversity; confronting colleagues or clients who make insensitive or ignorant comments; and calling out those who mock the Black Lives Matter movement or dismiss calls for justice and human rights.

Speaking up in this way is risky, but studies beyond the realm of conversations about race have shown that it is also vitally important. It’s key to our individual and collective well-being, learning, and ultimately organizational performance.

We desperately need people to be courageous enough to undertake these actions. So how can you take a stand for advancing racial justice in your own organization in a way that improves your chances for leading change from within, mitigates risk of rejection, and preserves your career options and mental health?

Speaking up about hard truths at work is difficult for just about everyone, especially about issues that in some way implicate those above us. We fear — for good reason — that we’ll suffer career, social, psychological, or other kinds of harm for being honest about difficult issues. When those issues directly implicate people’s integrity, the risks of an in-the-moment explosion or after-the-fact consequences only escalate. Thus people who champion diversity face a host of negative consequences because of widespread resistance toward targeted efforts to promote equity and inclusion.

As high as these stakes are for white people who speak up, they’re higher if you’re Black. Raise these issues and you risk being seen as biased, overly emotional (e.g., too angry), and a host of other negative stereotypes that lie beyond the problems you’re trying to get addressed. Here’s an insidious example from one of us (Jim): In one of my classes I present students with a story of a Black manager being called a racial slur by a white subordinate and ask what the Black boss should do. Students typically advise that the manager should turn to HR for help so he won’t be seen as unfair in his discipline of a white subordinate. Asked what they would tell the manager if he were white, some of those same students typically see him as capable of taking disciplinary action against a subordinate of any race without help.

Courageous actions are rooted in people’s willingness to sacrifice their security and stability for the sake of a cause that is greater than their career advancement. But that doesn’t mean that you should be cavalier about raising issues of racial justice. Our research has shown that there are ways to approach this work that mitigate your risk of being derailed or dismissed — and give you the best chance of being heard. Here are five strategies to help you maximize the impact of your courageous acts when speaking truth to power at work:

Use allies and speak as a collective.

Find like-minded colleagues and raise the issue together. People we studied reported that speaking up as a group on workplace issues had more of an impact because it was hard to write them off as “one disgruntled person.” Collective voice is especially impactful when it comes from a multicultural coalition of allies. It’s harder to dismiss non-Black allies on the grounds of being biased or self-interested, and a unified voice shows that Black issues are human. If you can’t find a group within your company, use social proof by pointing to others (ideally whose view the person you’re speaking to respects or cares about) who share your point of view.

Those currently creating collective pressure for anti-racist institutional changes include Google employees, whose petition demands that the company stop selling software to police units, and members of Kansas State’s college football team, who won’t play until the school meets their demands for accountability for racist actions on campus.

Channel your emotions (but don’t suppress them!)

Revealing the full extent of your rage or despair in front of those with power sets you up to be dismissed or punished for being “too emotional.” It’s completely normal to be angry (outraged!), hurt, and sad about the things we’ve witnessed time and again. (We are too!) And you shouldn’t ignore these emotions: Find safe spaces to help you to honor them so that you can channel them as energy that fuels your next steps — conversations with confidantes, for example, or with counselors. Then, after you are feeling centered, you might call attention to the racial injustice that occurred.

Here’s an example. Terrence, a young black man, confronted his significantly older, white boss about using racial slurs at work. It was a bold move for Terrence to call out this behavior in public given the hierarchical nature of the place and the knowledge that there were “a lot of racist people working there in higher positions.” Despite the strong emotions he felt, Terrence spoke in a firm and measured way, showing compassion and a desire to help correct rather than shame or scold his boss. This allowed his boss to see the ignorance and hurtfulness of his statements and, according to one of Terrence’s colleagues, led him to change his ways, rather than reacting defensively.

As much as this feels like a time to focus on your own feelings of outrage and pain, you should also anticipate strong emotional reactions from the people you’re confronting. Demanding improvements in racial equity stands a good chance of evoking defensiveness and fear. Inquiry and framing can help to defuse negative reactions and align shared goals.

For example, if your request evokes a furrowed brow or a crossing of arms across the chest, start asking questions: “These seem like appropriate next steps to me, but perhaps they feel problematic to you. Can you help me understand what you’re thinking, and why these may not seem right to you?” You don’t have to agree with what gets said next, but your effort to acknowledge that your counterpart has feelings too can increase your chance of reaching a mutually satisfactory outcome.

Frame what you say so that it’s compelling to your counterpart.

Delivering your message as inclusively as possible can help with the sense of divisiveness often associated with calls for racial justice. Make it easier for those you’re imploring to change to see your message as coming from a position of “We are evolving together” rather than “I am revolting against you.” This framing highlights collective progress, which — even when modest — helps people to cultivate positive identities and to find meaning and persistence on challenging projects at work. If possible, make note of at least one way your organization has already made progress on racial inclusion (such as a town hall Q&A; public statement; task forces; investing in minority business enterprises) and try to build from there.

When you’re trying to compel others to act differently, especially those above you, it’s also critical to use language that will resonate with them, rather than the arguments that are meaningful only to you. Because of this, we often advocate leading with the economic or instrumental reasons for a change you’re suggesting. However, in this case that’s not a tenable option. Arguing for racial equity on the sole basis of financial gain suggests that basic justice and decency toward people of all races is optional unless it can be proven to have some economic advantage. It’s not, and it’s yet another injury to people of color to require them to justify their demands for basic human rights in this degrading manner.

You can reframe this moral imperative in a way that resonates with your audience, however. If, for example, your boss is motivated by external threats, explain how your proposals will keep customers who are disgusted by your company’s lack of action from abandoning you. If your boss is more excited by opportunities, talk about how embracing this moral imperative will attract customers and top talent.

After a difficult conversation, often the last thing we want to do is go engage the same people again anytime soon. But no matter how well you handled yourself in the first encounter, these topics are so sensitive that there’s a decent chance someone you talked to left the discussion feeling personally indicted or that you felt misunderstood. If you need those people to stand with you for real change to take root, you’ll want to check in.

Start by acknowledging the difficulty of the subject: “I know our conversation was a really tough one, and I imagine it could have left you with lingering feelings. Can we talk about that?” That can be a powerful way to move forward together and also gives you the opportunity to clarify misunderstandings and to nail down details like resource commitments, action steps, and agreements on measurement and accountability that can give your call for change a better chance of real success.

Our aim in providing this advice is not to place an additional burden on people of color, who already must deal with the unfair weight of their counterparts’ hurt feelings even as they themselves are targets of injustice. Instead we acknowledge the reality of those burdens and the unfairness of that racial work and hope to give people of color and their allies greater agency, discretion, and impact during this historic moment of change. In so doing, we also aim to lessen the repercussions of speaking out about racial injustice for people’s well-being and careers.

A final thought about the courage it takes to speak up in the workplace about racial injustice: If you have attempted to implement these suggestions, and still see little to no progress, take stock of where you are and where you wish to be. It might be time to look around your organization for a new team or assignment with leaders and allies who are willing to join you in this work. Or, it might be time for you to find a new organization where you employ your talents among those more demonstrably committed to the changes you seek.

James R. Detert is the author of Choosing Courage (HBR Press 2021) and the John L. Colley Professor of Business Administration at the University of Virginia’s Darden School of Business.